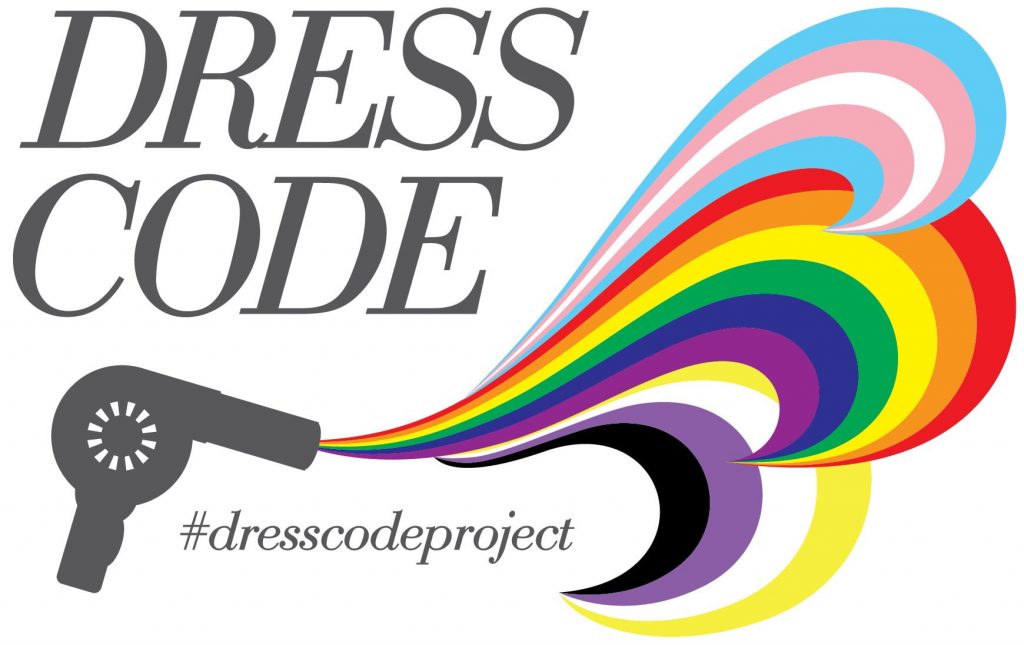 The Dresscode Project is a global alliance, working to create gender-affirming salons and barber shops for members of LGBTQ2S+ communities.

The goal is that all people have the opportunity to access services and express themselves without the constraints of conforming to traditional gender norms or for fear of judgement, discrimination, or harassment.

The Dresscode Project is not only a way for the LGBTQ2S+ community to identify safe and inclusive services but they also provide support to salons like us, and the general public, with information on how to be a proactive part of an evolving world.

Many LGBTQ2S+ people are often misgendered, bullied, harassed, and mistreated when accessing services which is why we at Eden decided to look at our practices and language, and actively work towards making a more inclusive environment for everyone.

At Eden we value equality, that is why we wanted to move to a pricing system which is determined by time, the skills of your stylist and product usage. We have removed all reference to gender. For example, we allocate the same amount of time for all children’s cuts, so they are no longer referred to by the gender of the child – ‘boy’ or ‘girl’ – but simply determined by their age and the time we spend with them. This is outlined in more detail on our website. 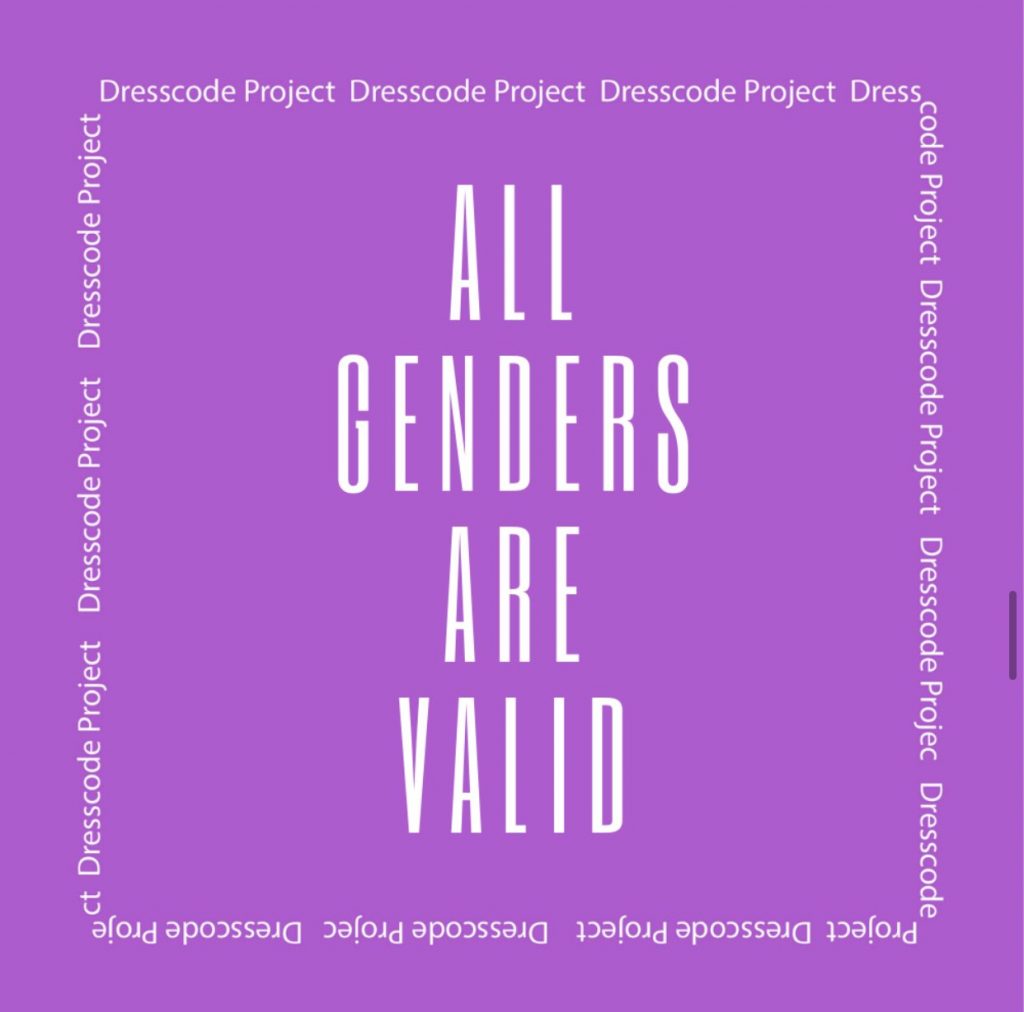 In a world where ‘he’ and ‘she’ are still the most commonly used pronouns, we believe it is important to understand the terms and descriptions used by the LGBTQ2S+ communities in order to better serve our clients. The Dresscode Project has provided us with the following information:

L: Lesbian – A woman whose physical, romantic, and/or emotional attraction is to other women or a specific woman and/or identifies as a lesbian.

G: Gay – A man whose physical, romantic and/or emotional attraction is to other men or a specific woman and/or identifies as gay.

B: Bisexual – A person whose physical, romantic and/or emotional attractions are to those of the same gender and to those of another gender.

T: Trans/ Transgender – This is an umbrella term for people whose gender expression differs from what is typically associated with the sex they were assigned at birth. People under the transgender umbrella may describe themselves using one or more of a variety of terms including – trans, transgender, transsexual, genderqueer, gender non-binary, and more.

Q: Queer – An umbrella term for sexual and gender minorities. Originally meaning “strange” or “peculiar”, queer came to be used pejoratively against those with same-sex desires or relationships in the late 19th Century.

Beginning in the late 1980s, queer activists began to reclaim the word and today it is used by LGBTQ2S+ persons to describe themselves as a community or as an individual.

2S: Two-Spirit – A cultural and spiritual identity used by some indigenous people who have both masculine and feminine spirits.

+: Plus encompasses everyone who are a part of a sexual or gender minority, whatever their story, as long as someone is not heterosexual or cis-gendered. These can include Pansexual, Intersex, Asexual or Demisexual. Some people don’t identify with any of these labels or like labels at all. Others may be questioning their gender identity and/or sexuality. Still others may be transitioning from one identity to another.

He/she, him/her, his/hers are all gendered pronouns and can be replaced with they, them, their or theirs. Alternatively, some people may ask you to use terms such as ze (zee), sie (see), zie (zee), hir (hear) or hirs (hears). Using gender neutral pronouns removes the potential for feelings of judgement, discrimination, or harassment. 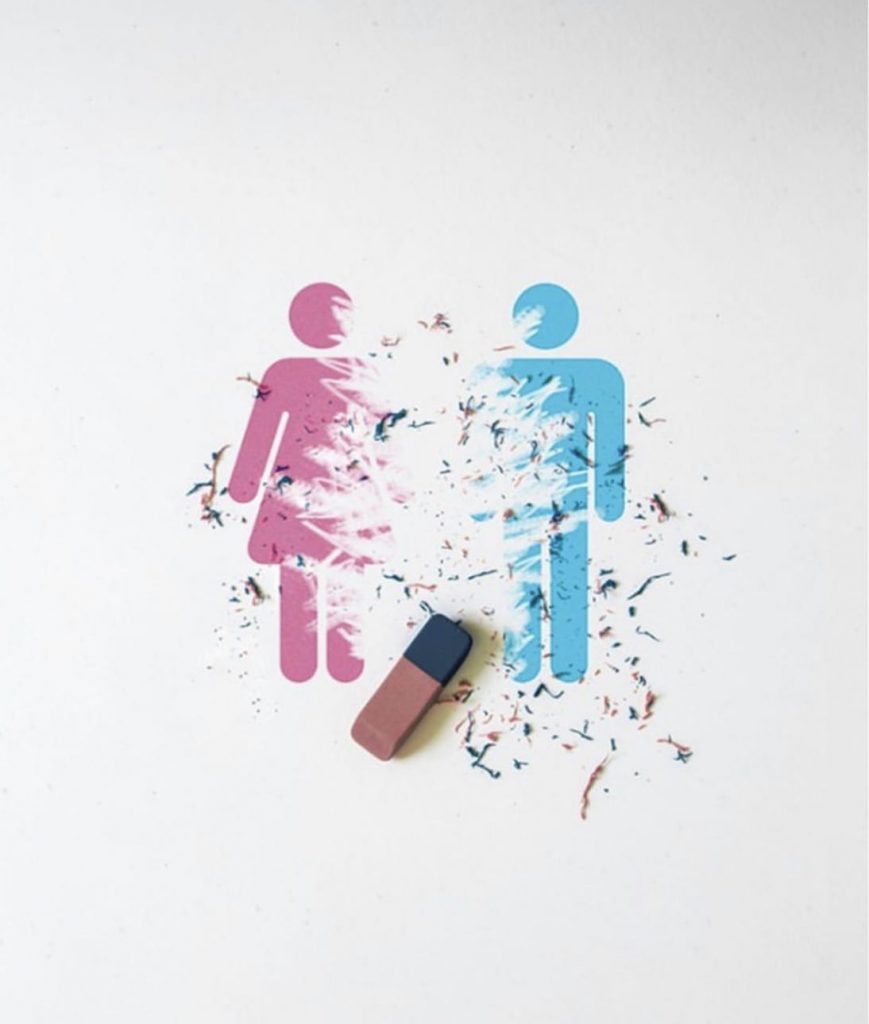 (How a person publicly expresses or presents their gender.)

Cis/Cisgender: A person whose gender identity is in alignment with their sex assigned at birth.

We also love this great informative video by Courtney Act:

Our prices are solely based on the length of your hair and the work conducted by our stylists. Our full price list can be found here.

We’re doing our best to use gender neutral pronouns so as not to assume someone’s gender, in-turn creating a safer and more inclusive environment for all. If we use the incorrect pronouns for you, please know that our salon is a safe space and we welcome you to let us know which you prefer us to use as we’re constantly learning and evolving. 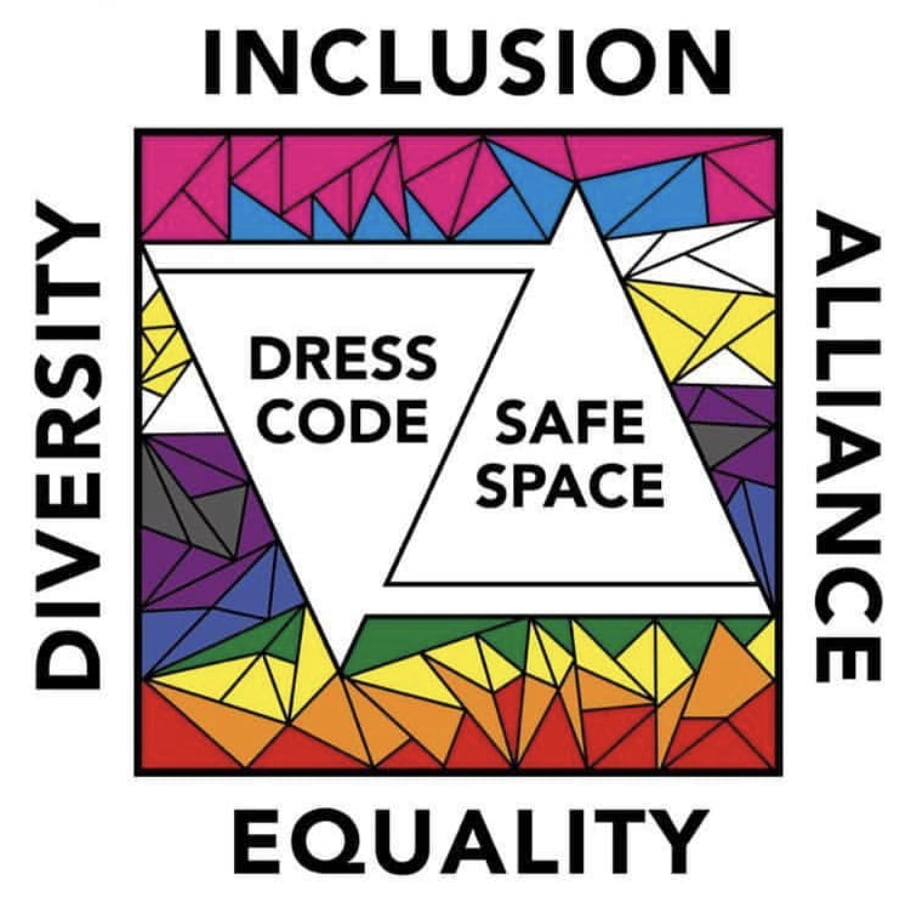 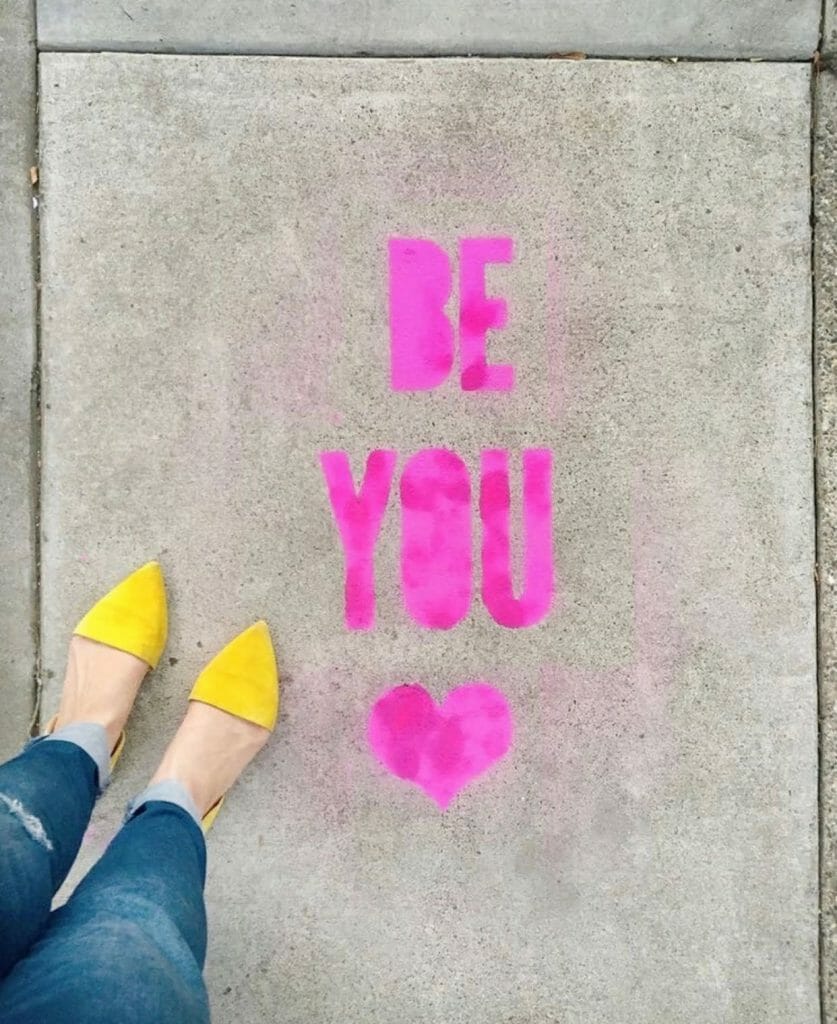 We are a diverse team and welcome everyone to our space. Hair has no gender and we will work with you, whatever your hair goals.

Simply put, the Dresscode Project is about unity, acceptance, equity, safer spaces and teaching our industry that diversity is the future. 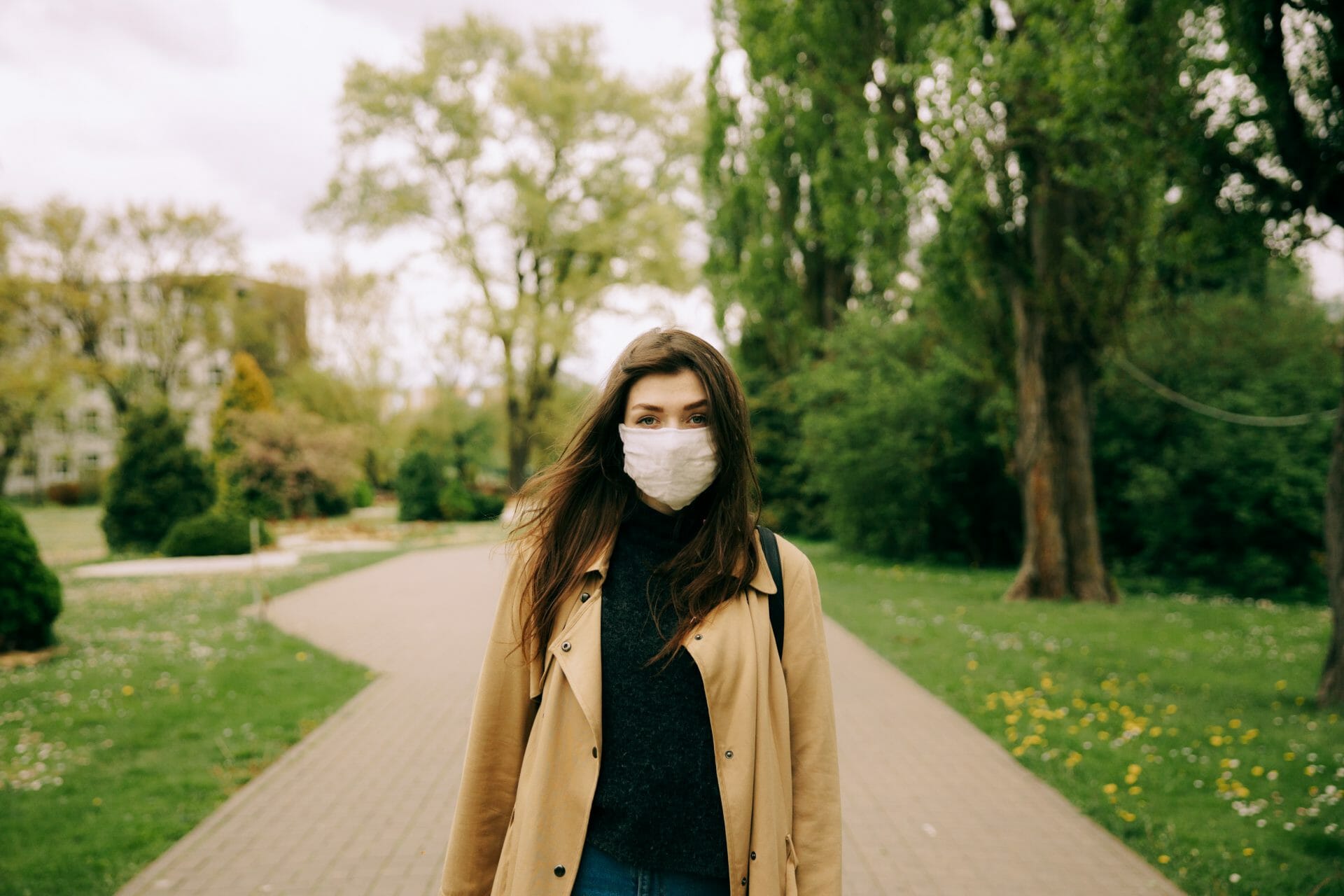 The process of going blonde

If you have ever dreamed of going lighter, you may … 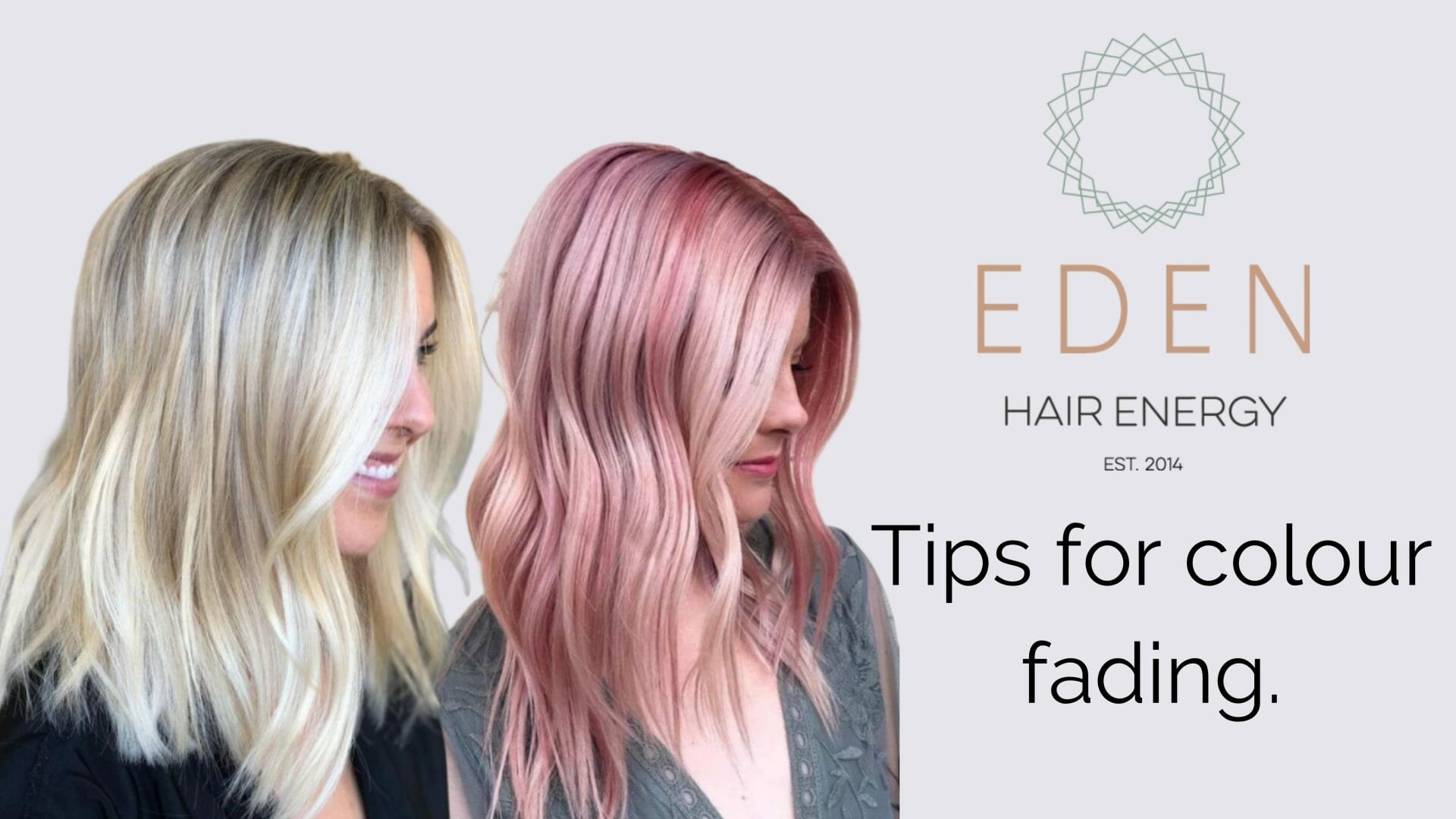 Colour fading… It’s REAL, but there are ways to keep … 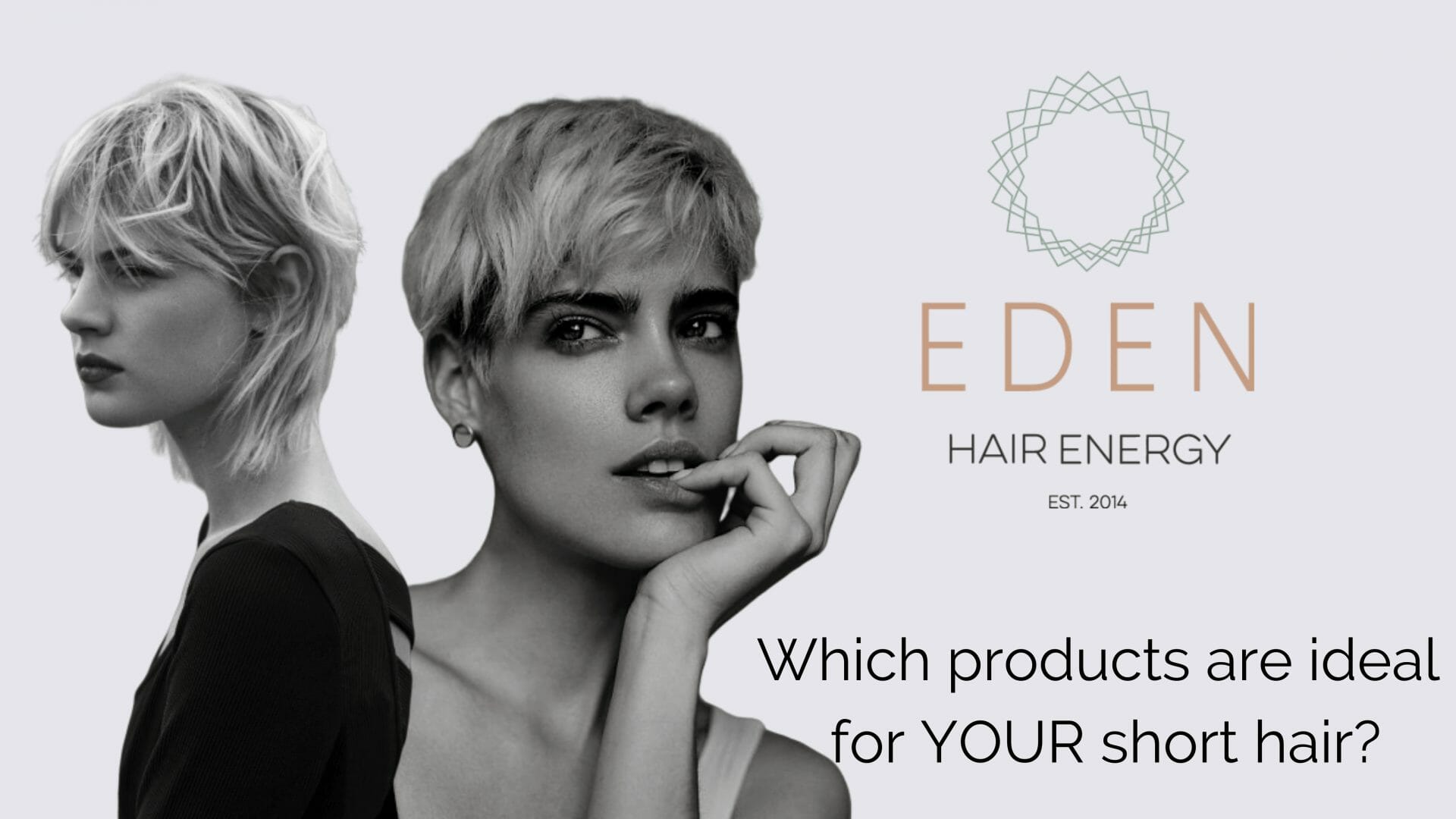 Not all short hair is the same, but it does … 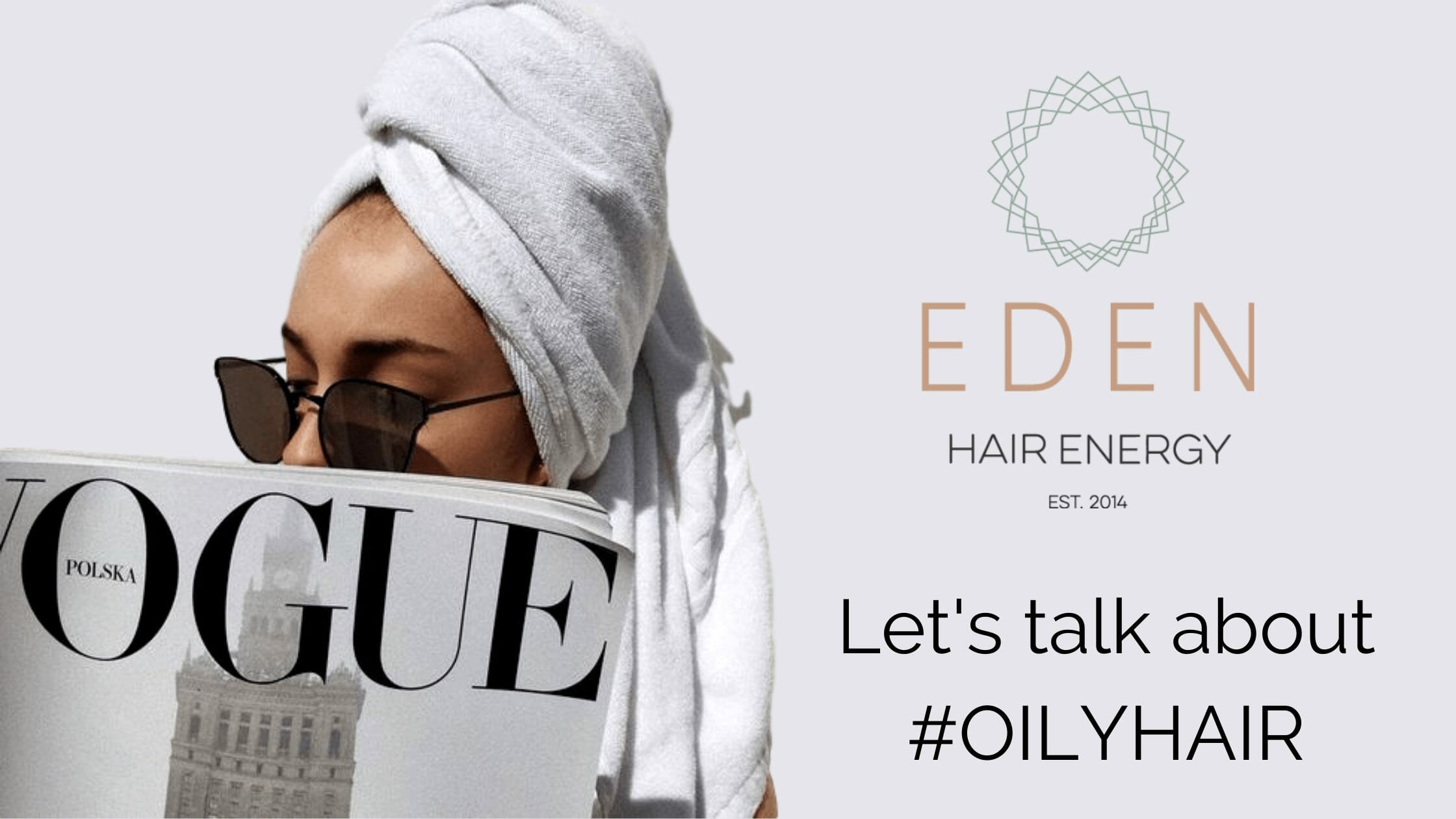 Oily hair… We’ve all had it and NONE of us looks good with it.

Let’s get to the bottom of why we have it, … 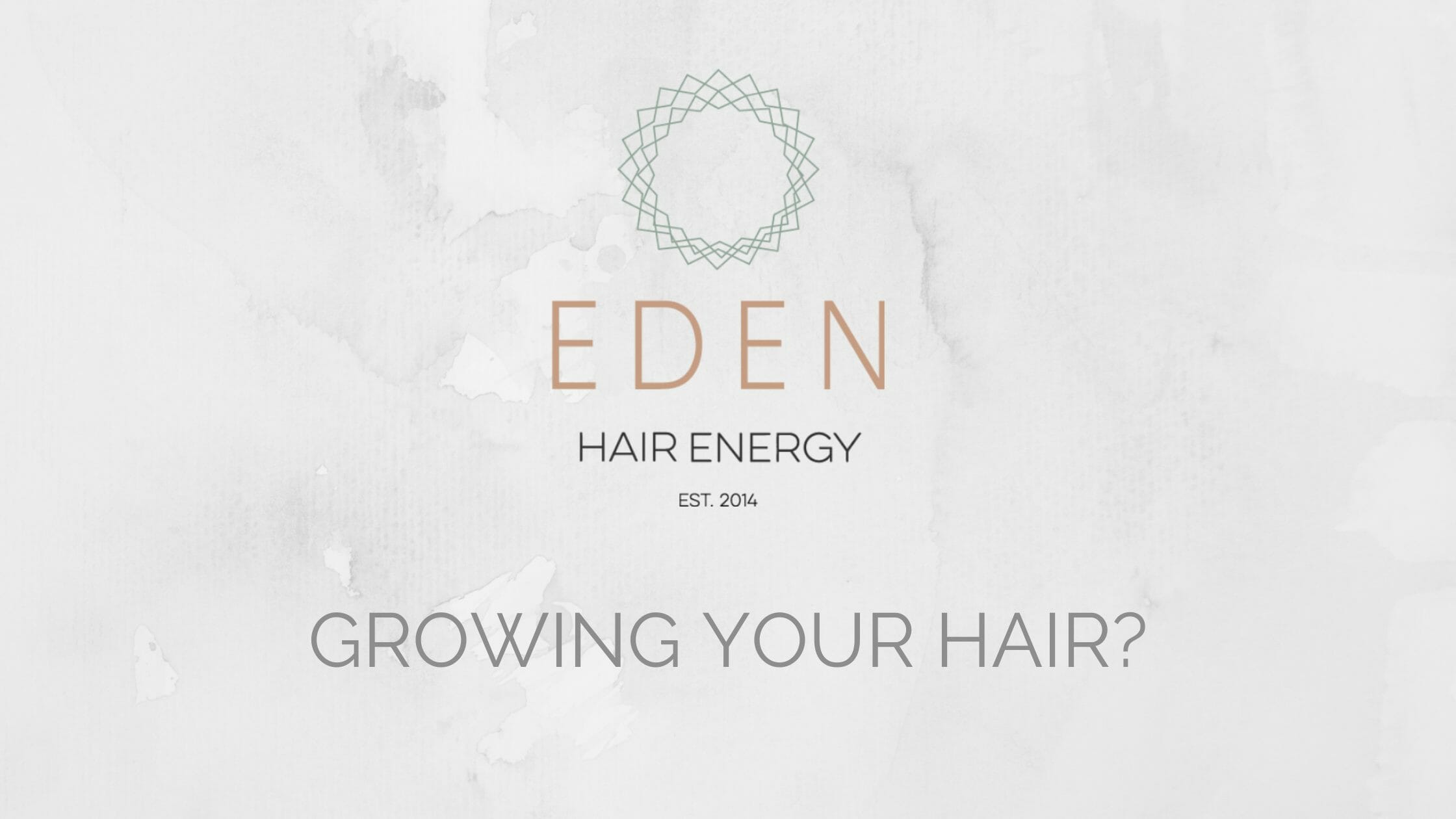 How Can I Grow My Hair?

Why is it every time you want to grow your …

What Our Clients Say

Eden Hair Energy
4.6
Based on 119 reviews
See all reviewsWrite a review

Eden Hair Energy
4.8
Based on 97 reviews
See all reviewsWrite a review
The vibe of the salon is excellent and I always receive compliments on my hair after visiting Eden. The team are warm and inviting and I can always trust Paris to colour my hair beautifully!

Andrea Mosler
00:13 08 Jul 21
Ally and the Eden Hair Energy team are the absolute elite in Canberra hair care. Every session with Ally leaves me feeling fresh, with beautiful HEALTHY hair. I could not recommend Eden Hair Energy enough, such a beautifully inclusive environment to unwind and feel pampered in.

Michael Mahar
09:39 24 Jun 21
Awesome and very friendly service. Thankyou to Paul who did a excellent job and Was very talented.

Jemma Harvey
04:48 24 Jun 21
Mum and I are visiting Canberra for the weekend from Sydney, we booked into Eden for a shampoo and blowdry, we had a great experience! Our stylist took lots of time to achieve the looks we wanted, the salon is gorgeous and I’m obsessed with my new hairbrush I bought too! Thanks so much guys!

Rachelle French
05:44 16 Jun 21
Had a wonderful session with Paul today.Prior to the cut, Paul led a discussion that focussed on what I was looking for with my hair. He then provided his thoughts, and gave a really easy to understand description of what he meant/how it would play out. I really appreciated having this time prior to the cut, especially at the end when I saw the vision come to life!10/10 cutting skills, 10/10 washing skills, 10/10 styling! Thank you so much Paul!The salon itself was also wonderful. The ceilings are high and the client chairs are well spaced out. The acoustics were great, I could hear my stylist and I didn't feel overwhelmed by the sound of dryers/other clients conversations. The music was a good volume too.The chairs (at the mirror and the basin) were very comfortable and a coat rack was provided. I couldn't find a hook for my handbag though and thus kept mine on the bench instead (there was ample space for this though).Thanks for a wonderful experience Eden Hair Energy ☺️

Shelly Gallagher
04:19 14 May 21
Absolutely amazing at what they do ! Love how relaxed and glamorous I feel when I leave Eden hair xx

Charlee Cremerius
09:52 16 Apr 21
Fabulous hairdressers! I have been visiting Eden Hair for about 4 years and I wouldn’t dream of changing. I would highly recommend Paris for high fashion colour work :)

Amanda Swadling
05:52 11 Apr 21
Eden Hair Energy is truly the best salon in Canberra, I've been a customer for almost a year now and would not go anywhere else!The team is incredibly friendly and so accomodating, which really adds to the already high quality of service. I am very picky when it comes to my hair, I like to be really blonde and have very long beaded extensions, and every appointment without fail I walk out looking better than my last.I have never been anything short of completely satisfied every time I come in, and I now have my dream Barbie blonde hair thanks to my stylist Tamikha and all the team at Eden!If you're considering Eden as your new salon I cannot recommend them enough, you will be listened to, taken care of and incredibly happy with your results.

Arabella Edwards
05:02 13 Mar 21
I have struggled for years to find a hair dresser I like. However, ever since I have started going to Emma at Eden Hair Energy I have never regretted it! Emma does such an amazing job with my hair every time I visit.

Jessica M
09:01 02 Mar 21
Would highly recommend Tori! After having a bad colour from another salon, Tori was able to fix my hair to achieve the style I was originally hoping for. Cannot thank her enough!

Corinne Cramer
20:12 18 Feb 21
Emma has been supporting me grow my hair and develop my blonde. The service and personal care I receive is second to none and the quality of service is evident with every stylist there. Emma has provided professional advice and helped me achieve my hair goals with extensions today. I can't thank Emma and the team enough for your excellent service and professionalism. I would highly recommend the team.

Aimee McCauley
03:46 10 Feb 21
This! This salon love your hair the way you do, and if you don't love it when you walk in, you will when you walk out!! ♡ Compliments to Paul for his patience and his phenomenal technique with perms! It's been 5 months and I still have nice bouncy curls with that ooooooomph!! Ally is divine and knows how to make you feel gorgeous and super smiley when you catch your reflection! The whole team are a delight and I can't rate them high enough! Love your work! :)

Tamy Smith
08:01 18 Jan 21
Came in a little broken after 2020, Ally and the team made me laugh and sorted out my disastrous hair! What an absolute pleasure. Thank you Ally you’re a ⭐️

Please note that due to limited appointment times as a result of COVID-19, trim, restyle cuts, and consultation appointments are currently unavailable on our online booking system. Please contact our team on 02 6262 8948 or email us at info@edenhairenergy.com.au should you wish to book one of these services. We apologise for any inconvenience.

Please note our email address is only monitored during our business hours. We will get back to you as soon as possible.

Please note that you will be taken to our external booking portal which is shared between our two salons, Eden Hair Energy and Canberra Hair Extensions. Through our booking portal, you will be able to select which salon you would like to book for, as well as your preferred stylist.